Mold-proof coating agent
Mold-proof coating agent exhibits a strong inhibition/prevention effect against 397 types of fungus and bacteria including 57 types of molds that exist in general buildings through combination of repellent effect and blocking effect. It also exhibits superior safety, and its effect lasts for a long time as it is a nonvolatile agent.
Characteristics

Evolving fungi
Reproductive power of fungi is strong, and they instantly reproduce with little nutrition and water. Disinfectants and inorganic antibacterial agents perform sterilization by destroying cell membranes and nuclei, therefore warning won’t be communicated and fungi will reproduce and germinate at the same spot.
By repeating sterilization and germination, resistant strains will be generated to which the same sterilizing agent won’t work anymore.

Mechanism
Repels fungi not by killing them but by signaling warning.
STEP01

Destroys only the outside membranes (mantle) of bacteria and fungi (molds) by a composite synthetic agent containing organic ingredients.

Synthesis of protein, DNA, SH-groups, etc., of bacteria and fungi whose mantles are damaged are inhibited, and thus anti-bacterial effect is exhibited.

Bacteria or fungi whose synthesis are inhibited send warning signals to strains of the same species, so the same species will start avoiding that spot (repelling effect). Also, as they won’t be able to obtain nutrition necessary to grow, they will die eventually.

1. Disturbs the function by damaging only the cell membrane/wall.
2. Elution of minerals from inside the cell (nucleotides, amino acid, protein)
3. Enzyme action is inhibited by blocking synthesis of nucleic acid and protein (random reactions with protein and amino group, phenolic group, SH group, etc. of nucleic acid)
4. Denaturation and coagulation of protein.
5. Reacts with SH in the cell and SH-enzyme and electron transport system are blocked.
6. DNA reproduction is blocked.
7. Mitosis and mycelium elongation are blocked.
8. Breathing is blocked.
9. Lipid synthesis is blocked.
10. Energy transfer is blocked.

Mold-proof effect lasted for more than 1 year, and molds were easily eliminated and penetration of molds into the sealants was prevented. 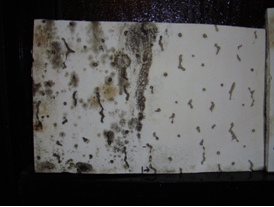 Applied mold-proof coating agent (penetration type) to half of the sealing material. Monitored generation of molds under the hot and humid atmosphere of the bathroom.
Test result

There was no mold growing on the applied surface after more than 2 months. 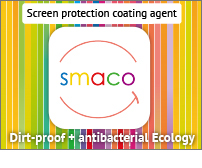 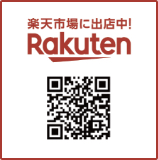 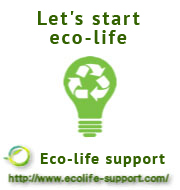